I first met David Boman during college in Seattle jamming out with him rocking the drum set. His Feature with the LIFESTYLE has been a long time coming and David goes in- setting up a unique journey through the physics of Reflection and Response and the “allure,” of Response as a self-exploratory medium that elicits emotions from within us. From discussing the biological phenomenon of our reactions as people to music, Dave goes on to explain how his music is currently focused on the image- he currently has several soundtrack projects finished and coming up. Be on the lookout for more on these ideas and an in-depth discussion of pieces Overture (Save the Wails), Lowflyer, and his score to Handmade in our discussion below!

DB: I am from Seattle and I am at Seattle. I was born and raised here, went to school here and work in the city. Next year I expect to be elsewhere for some time, very possibly Southern California…

DB: In physics, reflection is the propensity for sound or light to bounce off of a surface rather than to be absorbed by that surface. In audio production, we try to avoid this because sound waves that are reflected off of a wall, for example, can interfere with the sound waves coming from the original acoustic source destroying the quality of a recording. A technical (and pretentious) answer like that isn’t really relevant to the question, but it’s an interesting place to start; after all, when we put on headphones and hit play on our stereo, the surface of our eardrums rumble and vibrate, a signal to our brain is sent and processed. Consciously, something happens – it is absorbed and internalized, those of us who vibe with ‘The Metaphysical’ feel the melodies, harmonies, words and throbbing beats sink into our souls. Is that enough? Absolutely! Music is incredible, partly, if not mostly for exactly that reason. You don’t need to know a thing about it to feel its gravity, to be brought to tears or fits of erratic physical movement (shout out to the EDM guys) solely from the controlled vibration of some four-dollar ear buds.

Reflection is the optional step. It’s the part of the process that leads to response, which is the functional step. Much like intermingling sound waves, personal reflection is constructive and destructive – thinking deeply about what is being unearthed that is eliciting profound sensation; self-pity, inspiration, awakening, serenity. The catch is that you don’t always walk away feeling good, the allure is that you always walk away feeling. Period. It’s a product of all art, not just music – scratch that – it’s the product of being alive. Sometimes absorption and reflection happen simultaneously, but I don’t think the response part comes unless reflection has occurred. Response is reflection incarnate. It is the creation that spawns from pure or mixed up thoughts and emotions. It is the act of distilling those feelings through your medium; it is also the distillation itself.

How do ‘Overture (Save the Wails)’ and the score to ‘Handmade’ fit in with that definition?

DB: Beauty in everything. Overture (Save the Wails) is an ode to that sentiment; don’t make an item or experience trash until you’ve taken something from it. The idea was to take dissonant sounds, square synths, and harsh and heavy drums and set them to a pretty, bittersweet melody. It took a long time but ended up yielding one of my favorite tracks to date.

Another track, called Lowflyer, uses some familiar sounds to help set the atmosphere and encourage reflection.

I have been intrigued by film scoring since high school. The context given by a film clip provides reflective material that begs to be painted, or left silent, but in either case consciously sculpted. ‘Handmade’ is a two-minute short film with no dialogue, written and directed by Chris Winterbauer. No faces are seen, no words are spoken. Actions speak louder than words, especially when guided by music.

What else have you been working on recently?

DB: For one I am establishing a production company called “Illogic Sound,” and of course with it my website, www.illogicsound.com. It is a production company that provides original music and post-production audio for film and other audio and visual media. All of the aforementioned projects, as well as the ones that I am about to mention will be posted or linked there.

I am currently working on original music for a thirty-minute documentary called When the Fall Comes in association with a few guys down in San Francisco. In the upcoming weeks I will begin several new projects, including recording sound and composing the theme for a series of comedy shorts called Deep Thoughts with Kevin and Chris, and working on another short comedy film entitled Wigs. Also pending is an audio segment called Great, Thanks that I don’t know how to explain… so you’ll just have to check it out.

The unfortunate by-product of making my way into scoring for film and other visual media is that my independent music is forced to the backburner. I hope to get a chance to work on some new material very soon!

DB: I am motivated mostly by the idea that if I don’t do music, I don’t know what I’ll do.

I am inspired by people who put in the time to become really good at things.  I strive for the discipline to rely on the delayed gratification of persistent hard work over a long period of time. I’m not there yet, but I’m trying like hell.

DB: Check out my website if you get a chance!  www.illogicsound.com

DB: First and foremost my good friends Petey P and Vicken D, without whom this would not exist – these guys both make art and help others appreciate and share art, that… that my friends is the purest form of something.

Also shout out to my close friends who are also inspired by not knowing what else to do but their art: Austin Silva who appreciates the right things always… and makes dope beatz; Kevin Graber (Grabes, Grapes, Grabermeister), actor extraordinaire down in LA who will one day dominate the silver screen and the airwaves; Eric Goetschel, one of the original Yos in Yellow destined to take the great stage; Stefan Paul George,who’s just a man with his guitar (and an obscene amount of talent); Chris Winterbauer, the visionary and my partner in crime for eternity – also the worst person.  Additionally everyone on this blog, because you are doing awesome things – that means you too Tony Currie, you saucy gangster. 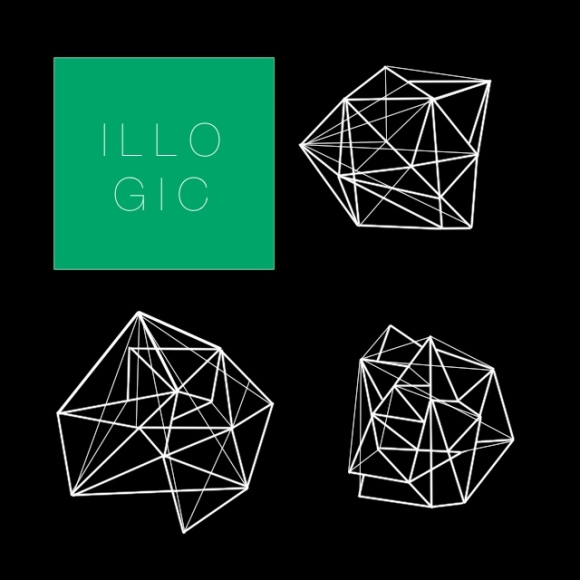 Peep more of David’s work and upcoming projects at the following links: