Zach Mack is a renaissance man from the Bay Area who currently lives in Oakland. Recently deciding to plunge full-time in pursuit of his goals in radio and media, Zach has been producing news stories for various local public radio stations, hosting/creating two standout original weekly podcasts — Dino Pants Radio and The Four Man Rotation — and performing with an improv troupe at the Magic Jester Theater. Throughout our dialogue, Zach drops gems of knowledge accrued through working hard to forward his creative medium. Zach is making moves out here in multiple realms of craft surrounding his interest in radio, and it’s dope that he took a moment to lend his voice to the Collective! 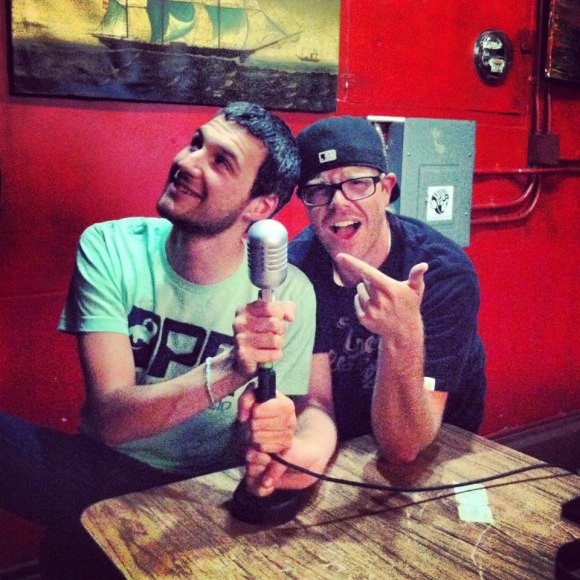 Sometimes its important to just STOP… clear your head, assess your feelings and then act accordingly. Trust your gut but don’t be afraid to seek out advice from people wiser than yourself.

ZM: Born and raised in the Bay Area. A California kid to the core, currently living in Oakland. Its a great city that apparently draws a lot of comparisons to Brooklyn. Would love to live in real Brooklyn at some point though.

ZM: Sometimes its important to just stop… clear your head, assess your feelings and then act accordingly. Trust your gut but don’t be afraid to seek out advice from people wiser than yourself. Last year I made the decision to quit my job to pursue this radio-media thing full time. Its been scary, fun, soul crushing, and inspiring all in one; ultimately I know it was the right decision. That response came after much reflection.

I’m still figuring out what works for me but trying to avoid those safe decisions that you know are comfortable in the moment but that you’ll regret in the long term because they don’t challenge or forward you. I recently received some great creative advice; simply put “Always be making.”

“Our friend Mr. Todd stops by to showcase his new radio piece Hella Oaklandish and talk about everything from scamming grandmas to bad business proposals.”

ZM: Right now I’m immersing myself into the world of radio by helping produce news stories for a couple public radio stations. While journalism is pretty new to me I realize it’s a necessary skill for making good radio, even when it’s not totally news based. Alongside that, I am hosting and creating two weekly podcasts. Dino Pants Radio, a fun show with music and banter, as well as a newly formed sports show for the everyday person titled The Four Man Rotation.

“The NFL looks to ban the N* word. Is this move progressive or misguided?”

Also, I recently began performing in an improv troupe through Magic Jester Theatre in Oakland. What started as a way to sharpen my wit for radio has turned into a full fledged interest. I find improv to be one of the most life applicable activities I’ve ever taken part in.

END_OF_DOCUMENT_TOKEN_TO_BE_REPLACED

Episode Two of Radio Leon is finally here! This episode is focused on acoustic tracks and features an intro, a track from Shake This Maze Live From the Studio, a Jazz Classic, and a Surprise at the end. I recorded half the tracks in Robledo de Fenar and half the tracks in the capital city of León,my new home for August. Thank you for the support for the last episode and I hope you feel this installment! 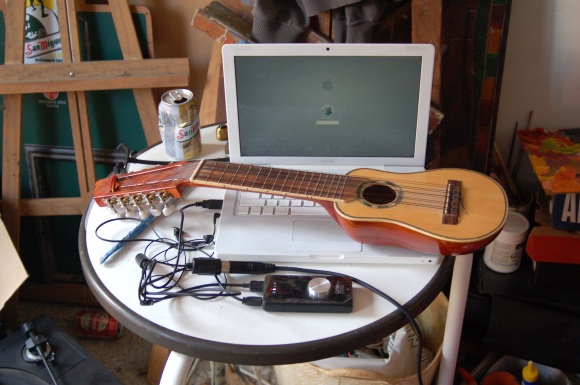 Snapshots From the Collective

The Snapshots from the Collective series works to create a space for Reflection and Response through photography. ANYone who wants to contribute ANY photos to this project can email us submissions at the.lifestyle.rr@gmail.com. One photo will be posted each week, and photos will only be used for the purposes of this series. Thank you and we look forward to building and expanding the Collective!!! -P & V

Radio Leon is a summer project. For the months of July and August I will be working a bilingual summer camp in the small Spanish town of Robledo de Fenar. I’ve brought some of my equipment from Madrid including my laptop, Akai MPK Mini, Novation Launchpad, Mics, Apogee One Interface, and acoustic guitar. On my days off I’ll be putting together a Broadcast of various projects I’ve been working on and release an episode every two weeks. Some of the pieces I’ll be putting up include Looping, Acoustic Guitar pieces, Shake This Maze Live From the Studio, and some special surprises. Along with the audio, I’ll release Tools of the Trade pictures and various Snapshots documenting the process and places that make up Radio Leon. I also hope to have some interviews with local DJ’s and people from the area. Tune in and check the RR coming straight out of Robledo de Fenar, España.