Leave a comment
By the LIFESTYLE Music, Venue Facilitator

In November of 2013, I was lucky enough to be in the audience for a panel discussion at the Hip Hop Think Tank III that featured New York-based music producer and composer Ebonie Smith. She dropped important information about the relevance of remixing and technology in sound production, and we’ve connected since the event to have her share some of her inspiring work with the LIFESTYLE Collective. Ebonie brings us ideas on how the power of sound can be used to reflect on and respond to the past, evident in her sampling voicemail messages from her late grandmother on her track “Circles of Robbie.” This track and appears on the melodic and impressive production beat tape Carnelian, one of Ebonie’s many dope projects. Between producing for Atlantic Records, running her own boutique music production and publishing company Eudora House, and founding Gender Amplified, a movement that supports female music producers, Ebonie holds it down on multiple fronts. 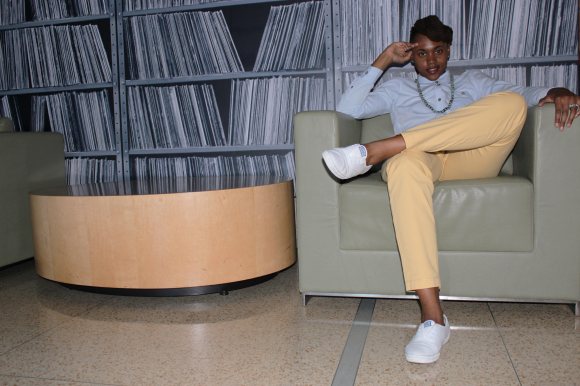 Reflection and Response refers to one’s ability to adapt aspects of the past to impact the present. As a music producer and engineer, my work attempts to translate the past through sound and music technology.

ES: I currently reside in New York City. I am originally from Memphis, Tennessee.

ES: Reflection and Response refers to one’s ability to adapt aspects of the past to impact the present. As a music producer and engineer, my work attempts to translate the past through sound and music technology.
How does Carnelian fit in with that definition?
ES: Carnelian is a production beat tape that exemplifies this definition in many ways. For example, the track “Circles of Robbie” is an ode to my grandmother, who unexpectedly died late last year. The track features samples from her voicemails to me. It also features samples of the music that helped me through that time. The track is a means of preserving her voice and elements of our special relationship. I use music technology and production skills to reference the past in an attempt to move forward.

ES: I have been working with a number of bands signed to Atlantic Records, where I am an in-house producer/engineer. I am looking to continue to do the work I do now. It’s always a pleasure to work with notable artists, but mostly I just want to make good music with great artists.

ES: Fulfilling my purpose and being a good steward of my talents and gifts is what motivates me. I want to be a reflection of God’s goodness and live in a way that produces good things in the world.

ES: I would like to thank the Collective for reaching out to me for this interview.
Reflection and Response.