Matt Potter is a creative writer who grew up in Kentucky and Virginia before settling into San Diego, California. He reminds us that, as artists, we should try to avoid forcing our messages, and instead try to communicate our perspectives in clear ways. Matt also argues that reflection on both positive and negative responses is beneficial to artistic growth, and that past artistic pieces can serve as snapshots of captured Reflection and Response. Woven in throughout the interview below, Matt provides dope perspectives, scenes, and imagery in his poems Collete, Casey’s Last Bat, Night Noises, The Day Timothy Died, and Three Thoughts on New Orleans. Check it! 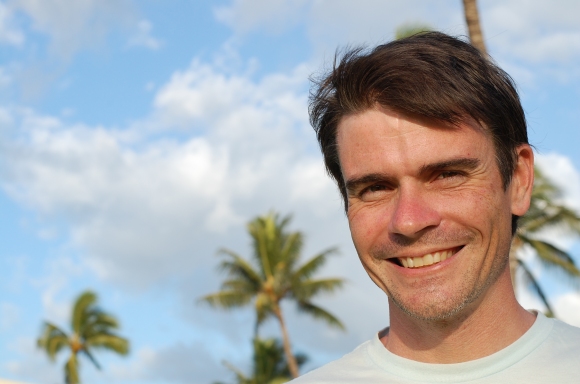 It is important to reflect on both the negative and the positive responses. Both are going to drive you and hone your craft.

MP: Well, I am an Army Brat, so I bounced around a little. Not as much as some, though. I was born in Fort Knox, Kentucky, but spent my formative years in Newport News, Virginia. I’ve been in San Diego, California for the last thirteen years. I was only supposed to be here a year, but California has a way of dilating time.

MP: In writing, I take it to mean reflection in your own work, or the reflection of others on your work. Often, it takes someone else’s reflection and response to initiate your own. I think as a young writer, it is extremely hard to self-edit (for an old writer too), because you try to put a piece of yourself in that work, and when it doesn’t sync with someone then you want to dismiss them.  When I read my own, or others’ work I ask myself, “What is this trying to tell me?” Not just on the surface but on a deeper level. The point of all art forms is to communicate, so you want the message to be clear. When a poem or story doesn’t work, often the writer’s message is muddled, and the same when my work doesn’t work for others. The best advice I received was from a Creative Writing professor in college. She told us “You can’t jump out of the page and tell your reader, ‘No, you’re not getting it! I meant you to read it this way!’” So, I try to approach everything in that manner, even work e-mails. Granted, there are going to be times where you and your reader are just on different trips, and that same piece will resonate with so many others.

I think it is important to reflect on both the negative and the positive responses. Both responses are going to drive you and hone your craft. Also, I think it is important to go back to old pieces. I have come across pieces I have written years ago, that I thought were great, and came away thinking, “God, did I write this existential piece of crap?” But I won’t throw them away. It is like having a time capsule of your very specific thoughts at that moment.

On a personal level, I probably spend too much time reflecting. It is easy to get caught up in the past and believe you should have done something different. As Jack Kerouac said, “Accept loss forever.” But having said that, I think it is important to take a little time to reflect on your mistakes so you learn from them.

Oh how I long for a thin-legged French girl named Collete. She would take long drags of her cigarette. Shoot a stream of smoke pushing it through the air, as she rolled her cold black eyes toward a paint-chipped ceiling–exhaling all the stupid things I just breathed into her.

And when she was mad she would huff and stammer in French as she kicked my empty wine bottles across cold wooden floors. She would always be in bed before me, and I would lie on top of the sheets beside her–staring up at our paint-chipped universe alone. Watching Paris spin around me.

And in the morning the sun would breath through pale wind-rustled curtains as shafts of light pry our eyelids open. She would roll over and bury her head in my chest, and we would lie there for an eternity as I engulfed her long dark hair.

MP: Probably one of the hardest things I find in writing is to have a title that fits your piece, but doesn’t give so much away to your reader. This is probably why I title my pieces after I have written them. It is reflection during the creative process. Occasionally, a title will come to me and I’ll build on it, but it is not the norm. I want to set the tone or a mood with the title, without telling the reader exactly what [the piece] is about. Some of the best poems I have read, Charles Bukowski immediately comes to mind, are ones that have me go back to the title after I have finished reading the poem, and find that the titles are one-line poems themselves. The good ones always make you have that first sip of coffee reaction (the “mmmm. . .” effect). I would love it if my titles could have that response on my readers. I think it is a bit of a cop-out to have too many of your works untitled or have the title be the first line of the poem. Not only for your readers, but for yourself in not reflecting on your piece before you send it off.

Every spring, in Havana, when the sugar cane stalks became thick and green

and America still held such promise,

the Dodgers would knock the red clay dust from metal spikes.

Hemingway would breath in the salt soaked air and

He and Casey would decide who the

Heavy Weight Champion of the World was that night.

pleading of a Hemingway’s wife,

“Life should be different than this.”

Genius soaked in alcohol and pain,

but he held her tight on warm spring nights

and told her that life was beautiful and worth fighting for.

Shared drinks would bleed into morning,

And when October winds had whipped

the baseballs clear of the diamond fields,

Casey’s glove, beaten and worn‐‐sad with the past,

lay stored in an unmarked box in the dark closet.

Casey gathered his strength and lifted not a bat,

but a shotgun and calmly put the barrel to his throat.

MP: I have several poems that have been published here and there. I would like to get a collection published. Either a chap book or a complete collection. I’ve found it difficult to gather the ones I wish to see published in a collection and come up with a title for that collection. I would say the majority of it is making the time to make it happen. I certainly use the excuse of life’s minutia getting in the way.

You start to hear everything after midnight

in the middle of the week maybe,

when the summer air is thick and heavy.

The buildings are still.

loud whispers in the night.

Lonely birds that sing at 2 am,

just when you thought everything was asleep.

The hurried scatter of gravel as the cat rushes through,

chasing a cricket or the moon.

I focus on my breathing, as if hearing it for the first time.

Thinking about every molecule rushing in and out of my mouth.

Squeaking protest of the bed as I try to get comfortable.

The refrigerator suddenly awakened-hums itself back to sleep.

And somewhere in the dead streets and abandoned beaches

a barbaric yawp tears through the night,

as morning starts to awaken the rest of the world.

MP: Certainly my favorite writers (Kerouac, Hemingway, Bukowski, Swinburne, Yeats, etc.) and current events. Not just in my life, but the world. Honestly, I think NPR can be a great inspiration for quirky, reflective pieces.

On a day that a man requested two pints

is the day we drank cheap beer and talked

of having sex in bathrooms,

as cigarette embers fell to the green ground

and the smoke-with somewhere to go,

MP: To thank you for giving me the opportunity to share my thoughts and reflect on my thoughts. Also, to try to make time for your craft every day. Even for a few minutes if it is all you have. I need to remind myself of  this, occasionally.

MP: To my wife, daughter, family, and friends for giving me the inspiration to challenge myself.

down my sun burnt throat.

my lungs in a sublime haze.

on a Casio keyboard belting out

in a throaty growl that makes me think

Ol’ Janice is drinking Jack in her throat.

glowing bright in the sunlight

on top of red bricked churches.

Hitchhiking by the heated asphalt as

waves of heat blister the air.

and the honey suckles

to see New Orleans on the other side