It´s Friday, which means we welcome another voice to the continuing diologue over at the LIFESTYLE´s Feature series. Frédéric Bussière uses primarily visual mediums to practice Reflection and Response. With experience that spans many places around the globe, Fred’s perspective is aided by difference lived and learned. He is also our first Collective member who currently resides in France. Peep the dialogue and links below to get to know the Craft behind the person that is Frédéric Bussière! 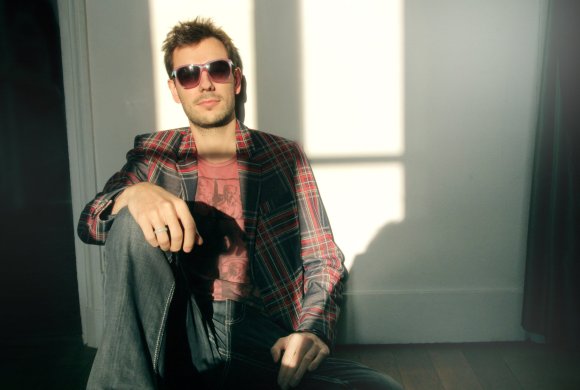 FB: Hey, my name is Frédéric Bussière, I’m Franco-Portuguese. Concerning where am I, that’s a bit harder. Right now: Paris, but I just came back from Sydney and I lived in Bonn, Germany and Buenos Aires before.

FB: For me Reflection brings me directly to an image of myself, as an artist. It is the assessment of critiques from those whom I work with and from the public. It is then a mirror, generated by others. In a general manner, I take a selection of these judgements from my peers, the others videographers, motion graphics designers and animators. I work most often for these critics, and my friends, than my clients.

Response, for me is the physical phenomenon. It rains, you are wet. It’s the response in the most obvious sense, the law of cause and effect. In French I would say: Under the budding poet hides a mathematician. I have no idea how to translate that in an English expression however.

FB: My work, what I film and edit, what I draw, are my Response. I could not, not do what I do. It’s almost therapeutic. It is very much a need; to create, to tell stories, use my hands to realize something ambitious. I do not respond to the public, I respond to myself.

Reflection is only the manner in which I do things, my style, and my artistic direction.

FB: At this time I am making a lot of commercials for fashion brands, and lingerie, as well as producing animated sequences also for advertising. These projects are short and varied, which allows me to really experiment in several different domains: video, stop motion, traditional animation, and 3D.  But what I really start to miss is fiction. I really tried as much as I could to bring a story to my commercials, but it still remains advertising, and their goal is to sell a brand image, a product, and not to tell a complex story.

In Sydney, I started to film electronic parties. My old flatmates were DJs and really brought me into the nocturnal life (even if the Australians begin their nights at the beginning of the afternoon, lol). After that moment, it became clear that I wanted to produce music clips. I hope to be able to start my first music clips in early 2013. However, the competition is really tough, and it will be much harder to set my foot in the door, especially here in France. That’s why I look towards the US.

At this time, I am finishing a live-action short feature, and I will try a new concept of narration this winter in Sri Lanka: a short interactive feature. But I can’t say more…it’s a secret. ^_^

In the end, two years ago, I founded with four other friends, a film and production studio: tadaaam-studio.com that allows us to finance animated fictional projects that are in general, very complicated to make feasible without a structure that a studio can provide.

FB: (for the free beer ^_^). Classical painting, photography. All these works of art tell stories, and going into museums is like going to the movies. It’s a passive inspiration I would say, and that orients my work at the written level.

Similar to that, there is a fast-growing technology that allows me to regularly create something that would have cost thousands of dollars a few years earlier. So the ever transforming domain that I work in also serves as my inspiration. I love video effects, like those of Michel Gondri (a French director who made music videos of the White Stripes, Killie Minogue, Daft Punk, Bjork..) and I “borrow” quite a few ideas from experimenters who you can find on the internet, but I won’t say their names so that I can keep my inspirations secret (evil laugh).

At this time and for several years, I have been fascinated by the work of Merlin Bronques. He is a photographer from New York who photographs the craziness and the women in huge international parties. The entirety of his collection creates a sort of documentary on the world of hipsters, of the youth who party as much as their bodies can take, of free women, of money. He is always where he must be, when he must be.

There is also those areas that I feel are rich in ideas, but that I have not yet explored, or haven’t dared, like contemporary dance.

FB: Contemporary art, when it’s about watching a pile of rocks on the ground, and when you must read four pages to understand what it’s about, that annoys the hell out of me. These artists should become either intellectual writers, or take drawing lessons.

FB: To all my friends who I have met during my travels around the world, and who I fear I will never see again.

A big thank you to the Lifestyle!